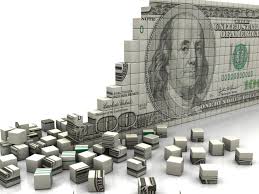 State officials are issuing a warning about a W-2 phishing scheme that is targeting employees and even chief financial officers in an attempt to obtain sensitive personal information that can be used to commit tax fraud.
Attorney General George Jepsen, Department of Revenue Services Commissioner Kevin B. Sullivan and Department of Consumer Protection Commissioner Jonathan A. Harris are warning consumers because hackers and cybercriminals are using a system that mimics employer’s email, often appearing as a request directly from the Chief Executive Officer, asking for the employee’s W-2s.
W-2 forms have sensitive personal information, including Social Security numbers, full names and addresses, which can be sold or used for identity theft and financial fraud.
W-2s give an identity thief almost everything they would need to commit tax fraud.
Scammers targeting taxpayers by pretending to be the Internal Revenue Service are nothing new, and taxpayers should always stay vigilant, officials said.
The W-2-themed phishing schemes directed at businesses are becoming more prevalent and organizations have been warning their employees to be wary of them, especially when filing their taxes, state officials said.
Between October 2013 and August 2015 scams referred to “business email compromise,” exposed nearly $750 million in 2015 to scammers, according to the FBI.
“Hardly a week goes by that my office doesn’t hear about a scheme where hackers or scam artists attempt to gain access to personal information such as Social Security numbers, credit card numbers, and bank accounts,” Jepsen said in a statement. “Cybercriminals have begun to use sophisticated attempts to obtain this information as this W-2 phishing scheme demonstrates, while others may search garbage cans, use misleading emails or fake Web sites, or even just look over an unsuspecting consumer’s shoulder.”
Commissioner Sullivan said criminals this year are posing as the IRS and DRS are even more aggressively out to steal taxpayer record information and taxpayer identities.
If your business was targeted or has fallen victim to this scam, file a complaint with the Internet Crime Complaint Center.
If you are worried that a call or email from the IRS is real because you know you owe taxes, call the IRS directly at 800-829-1040 or go to www.irs.gov. Fraudulent emails purporting to be from the IRS should be forwarded to phishing@irs.gov.
If you become a target of this scam, file a consumer complaint with the Federal Trade Commission at www.ftc.gov, and add “IRS Telephone Scam” to the comments of your complaint.
If you have questions, call the Attorney General’s Consumer Privacy and Data Security Department at 860-808-5440, the Department of Consumer Protection at 1-800-842-2649 or the Department of