The Advocacy NetworkAdvocacy BlogDemographicsMoney: Is You Is or Is You Ain’t My Baby 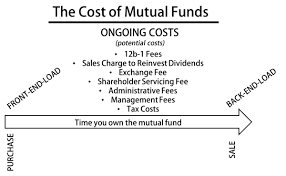 The lyrics from a Louie Jordan song popular in 1944 seems to summarize our relationship with money;

Well a fellow is a creature

Who has always been strange

Just when you think you’re his

He’s gone and made a change

All we have to do is replace the character in the lyrics with the term money and you seem to have a most constant relationship. Money is a creature that has always been strange and just when you think it’s yours it has gone and made a change.

Financial victimization stems from a total lack of understanding about money. Research has recently shown that money tops the list of the nation’s stressors. This follows that making emotional decisions is the number 1 investor mistake.

Sales manipulations are focused on getting people to make emotional decisions about money and yet that is the 1 major reason people make mistakes with money. Seems to be an irrational disconnect with that relationship.

The obvious factor in financial victimization is the emotional trigger that propels a person towards the bad decision about money. Of course emotion should have some reasonable impact in making smart decisions about money and this can follow when people fully understand how they truly feel about money, what they perceive as value with money and lastly why they believe what they do about money.

Well too many people are unaware of these issues. It begins with financial illiteracy. We are not given an education on any aspects of financial literacy, most learn about money at home in the family setting. Thus we all seem to inherit our beliefs about money from our families. We then take these mostly mythical concepts into our financial lives and consistently make poor decisions about money.

It’s pretty simple, we have been programmed to conform to an institutional indoctrination about money. It starts in grammar school and continues right through college. Not hard to verify, all you have to do is try and find any financial literacy education you were provided at any of the levels. Of course you may have chosen to major in finance in college and then be introduced to financial literacy education. Even then we have somehow continued in the mythical belief that currency and money are the same thing.

One of our first financial literacy workshops focuses on the real definition of money and the very distinct difference between money and currency. This posting is not going to cover that huge distinction, yet we do have to at least start from the premise that currency is not money.

Stepping back we can find that the most prevalent form of financial victimization is AMORTIZATION. Unfortunately you are giving away your only chance for financial independence in the continual interest payments you make on the debt that has founded the life style or life experience you are presently enjoying. Those interest payments are dollars that you never accumulate and thus can never have working for you. Ask yourself how does the person who reaches financial independence do that? What is it they do differently?

The very few who reach financial independence have accomplished only 1 singular difference from the other 95% who are either, dead, dead broke or financially dependent at 65 years old. The singular difference is the financially independent person has reached the stage where they have money earning money. Their money works for them, the other 95% never get to this stage because they continued to allow their money to work for the banks, credit card companies and other financiers. Money earning money is the magic of financial independence and AMORTIZATION is the magic used by others to rob you of the opportunity for YOUR money to earn money for YOU.

YOUR Best Interest IS OUR ONLY Concern!