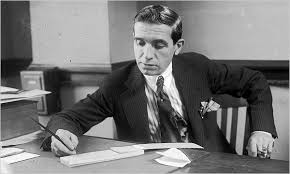 As you read this, ask yourself if you might have been taken in by the former celebrity of an ex NFL player, and if you were a fan of his particular team would you have been more likely to buy into this credibility link?

A former linebacker with the Philadelphia Eagles used the life savings of football coaches as a “personal piggybank” to fund a $10 million fraud, according to charges from the SEC.

The commission is seeking to permanently bar Merrill Robertson Jr., also a former broker with Merrill Lynch, and his alleged co-conspirator, Sherman C. Vaughn Jr., from the industry, as well as demanding the return of funds allegedly taken from investors. Robertson and Vaughn could not be reached for comment.

Robertson, 36, played for the Eagles from 1999 to 2001, according to virginiasports.com. He worked for Merrill Lynch in Richmond from 2008 to 2009. Vaughn, 45, holds a bachelor’s degree from Virginia Union University, the SEC says, although he portrayed himself online as a “doctor” and a commercial real estate investor. Both live in Chesterfield, Va. Vaughn was never a registered broker or investment adviser, according to the SEC.

Aside from a few restaurant investments that failed in 2014, most of the business activity purportedly undertaken by the two men’s firm, Cavalier Union Investments, was entirely fictitious, the commission says in its complaint filed in federal court in the Eastern District of Virginia on Aug. 10.

“Cavalier did not have any divisions, investment funds or investment advisers,” the complaint says. “Nor did it have a diversified investment portfolio. Cavalier was functionally insolvent shortly after it was formed and it relied on cash from investors to stay afloat and pay investors who requested their money back.”

To win over prospects, Robertson and Vaughn promised fixed rates of return of between 10% to 20% on the largely nonexistent investments, while also promising “safety and security” for investors, the complaint says.

In all, Robertson and Vaughn misappropriated nearly $6 million of investors’ funds to pay for their “luxurious” lifestyles, which included high-end clothing, vacations and spa visits, according to the commission.

The funds came from unsophisticated senior citizens as well as alumni of and football coaches at schools Robertson had attended, including the University of Virginia and Fork Union Military Academy in Fork Union, Va., says the SEC.

Fork Union’s president, Rear Admiral J. Scott Burhoe, did not return a call requesting comment. Nor did any members of its football coaching staff at the school. Calls to the coaching staff of the University of Virginia also were not immediately returned.

The website for Cavalier shows a logo for Burger King, although the company never owned any of the fast food chain franchises, the SEC says. A section of the website, Cavalier Union Energy, contains nothing more than definitions of various metals, including lithium and terbium.

The website also states that, “While at Merrill Lynch, [Robertson] had a burning desire to start his own wealth management firm and he accomplished his goal. Mr. Robertson started Black Bull Wealth Management (BBWM), the only minority owned firm on the east coast that manages a variety of investment opportunities.”

It fails to mention that Black Bull never had any clients, nor managed any funds, the SEC complaint says.

Vaughn also did not disclose to clients that he filed for personal bankruptcy four times, including twice while he was soliciting funds for Cavalier, according to the SEC.

The U.S. Attorney’s Office for the Eastern District of Virginia has announced criminal charges against Robertson.

The commission points out that a search under the two men’s names would have revealed that neither were registered with regulators as brokers or advisers while running Cavalier. Bankruptcy records also are public.

The major key to protection from financial victimization is awareness. This starts with your own beliefs, values and understanding about money. How you view money is a traditional condition of how you make financial decisions and whether those are good or bad depends upon you awareness.

Our members have saved in excess of $6M and counting 24/7/365. As a member you will be fully inoculated and insulated against all forms of financial victimization, all of this for 65 cents a day. The only question is “what are you waiting for?”

YOUR Best Interest Is OUR Only Concern.