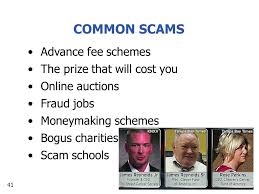 I really need to talk about this … telephone scams perpetrated against older persons. First, because they are so prevalent and, second, because I almost became a victim myself.
I answered the phone and a young male voice said: “Hi grandpa. It’s me.” He didn’t say who “me” was. So I just answered, “Yes.” He went on to tell me he and a bunch of friends drove to Reno, Nevada, and got pulled over and arrested by police. “We didn’t do anything, honest, grandpa, but to get out of jail we need to pay a thousand dollars. So, if you could help us out of this jam, just this once, I’d really appreciate it. And please don’t call my mom or dad. They would kill me.” “OK,” I said, “and which one of my grandsons are you?” CLICK. The line went dead.
This is known as the grandparent scam. Law enforcement officers say it works because it plays upon the kindness and naiveté of older persons. Scammers will place a random call and if the person answering the call sounds like an older person, they will say something like: “Hi Grandma, do you know who this is?” When the unsuspecting grandparent guesses the name of the grandchild the scammer most sounds like, they’re in. They have established an identity, and the scam proceeds. Once “in,” the fake grandchild will usually ask for money for some unexpected financial problem (overdue rent, payment for car repairs, etc.), to be paid via Western Union or Money Gram, which often don’t require identification to collect. The very fact that no research is needed makes this a scam that can be perpetrated over and over at very little cost to the scammer. In my case, the “grandson” who called me failed to trick me into guessing who he was, and lost.

The “repeated victimization of the elderly,” according to federal law enforcement, is the “cornerstone of illegal telemarketing.” AARP found that 56 percent of the names on “mooch lists” (what fraudulent telemarketers call their lists of most likely victims) were 50 or older. The FBI, state attorneys general and other law enforcement officials report numerous cases of older people losing their life savings to fraudulent telemarketers. There are approximately 140,000 telemarketing firms in the country, and up to 10 percent, or 14,000, may be fraudulent.
Unscrupulous telemarketers may say you are eligible to win a valuable prize, ask for a contribution to a phony charity or promise to get back money that you lost in an earlier telemarketing scam. Older Americans are a prime target.
Financial scams targeting seniors have become so prevalent that they’re considered “the crime of the 21st century.” They often go unreported and can be difficult to prosecute, so they’re considered a “low-risk” crime. They can, however, be devastating to many older adults. If you suspect you’ve been the victim of a scam, don’t be afraid or embarrassed to discuss it with someone you trust. You are not alone, and there are people who can help. Doing nothing could only make it worse. Keep handy the phone numbers and resources you can turn to, including the local police, your bank (if money has been taken from your accounts), and Adult Protective Services. And that’s how I see it.
Larry Johnson is a motivational speaker and author. You can contact him via email at larjo1@prodigy.net or visit his website at www.mexicobytouch.com

The best alternative to be proactively protected against all forms of financial victimization is to become a member of the Advocacy Network.